A Gramercy Park apartment for a sculptor uses color, texture and various motifs to recall elements of the building’s past. Constructed in 1892, the owner’s space was once the site of lavish dinners held by restauranteur Louis Sherry. At that time, the building’s mahogany, stained glass, and mosaic interior represented the height of Gilded Age style.
With respect to the building’s history, design choices were based upon the principles of the Aesthetic Movement. Popular in the late 1800’s, the Aesthetic Movement encouraged artistic creation to please the senses. Designs from the Aesthetic Movement can be identified by their eclecticism, incorporation of scenes from nature, and their use sumptuous materials such as ebony and gold.

Many original architectural elements in the space were preserved, including all of the apartment’s door and window trim. An original crown molding sample was used to restore ceilings to their original appearance, while kitchen cabinets feature a 19th century ornamental material called Anaglypta, made using pressed wood fibers and linseed oil. The living room features genuine Herter Brothers furniture. As German immigrants working in New York City, the Herter Brothers quickly garnered a reputation for fusing European Style with American utility, and their work represents one of the best examples of design from the Aesthetic Movement. Herter Brothers wallpaper is also used in the Office and the Master Bedroom. Throughout the apartment, the owner’s eye for composition is displayed as architectural form meets color and pattern, creating a range of atmospheric settings. 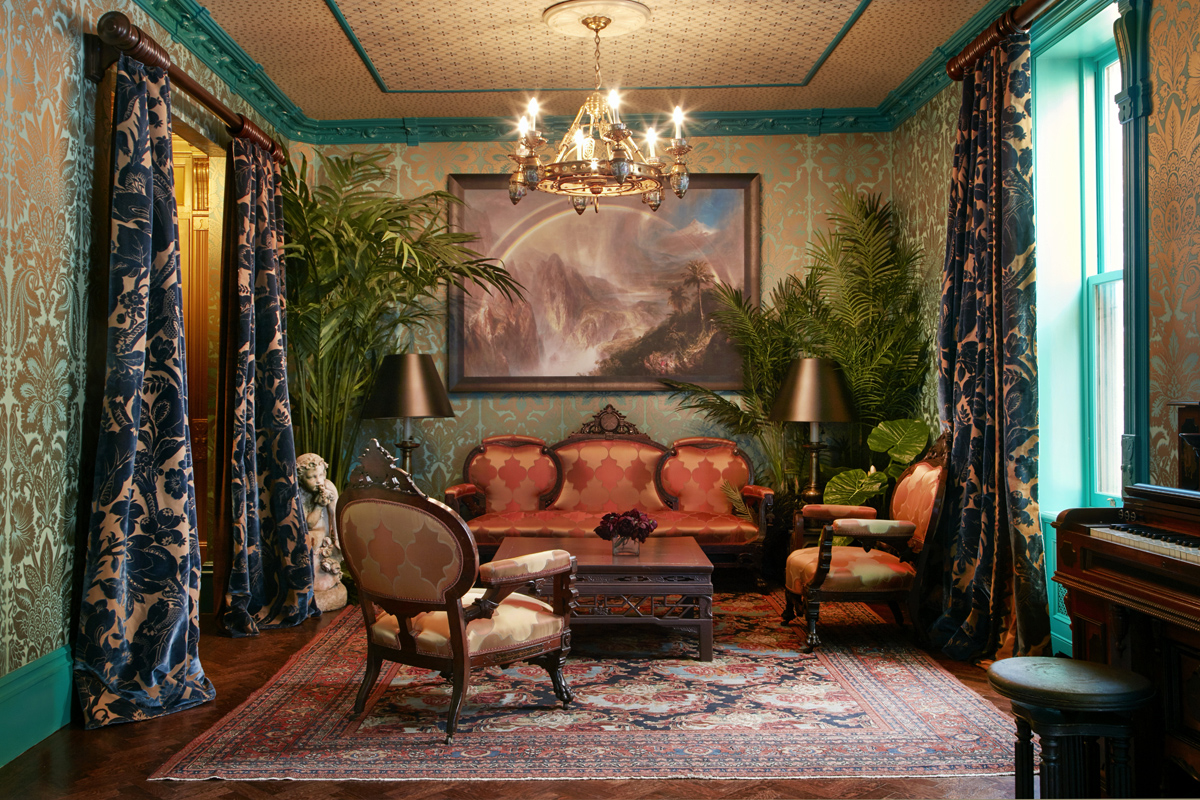 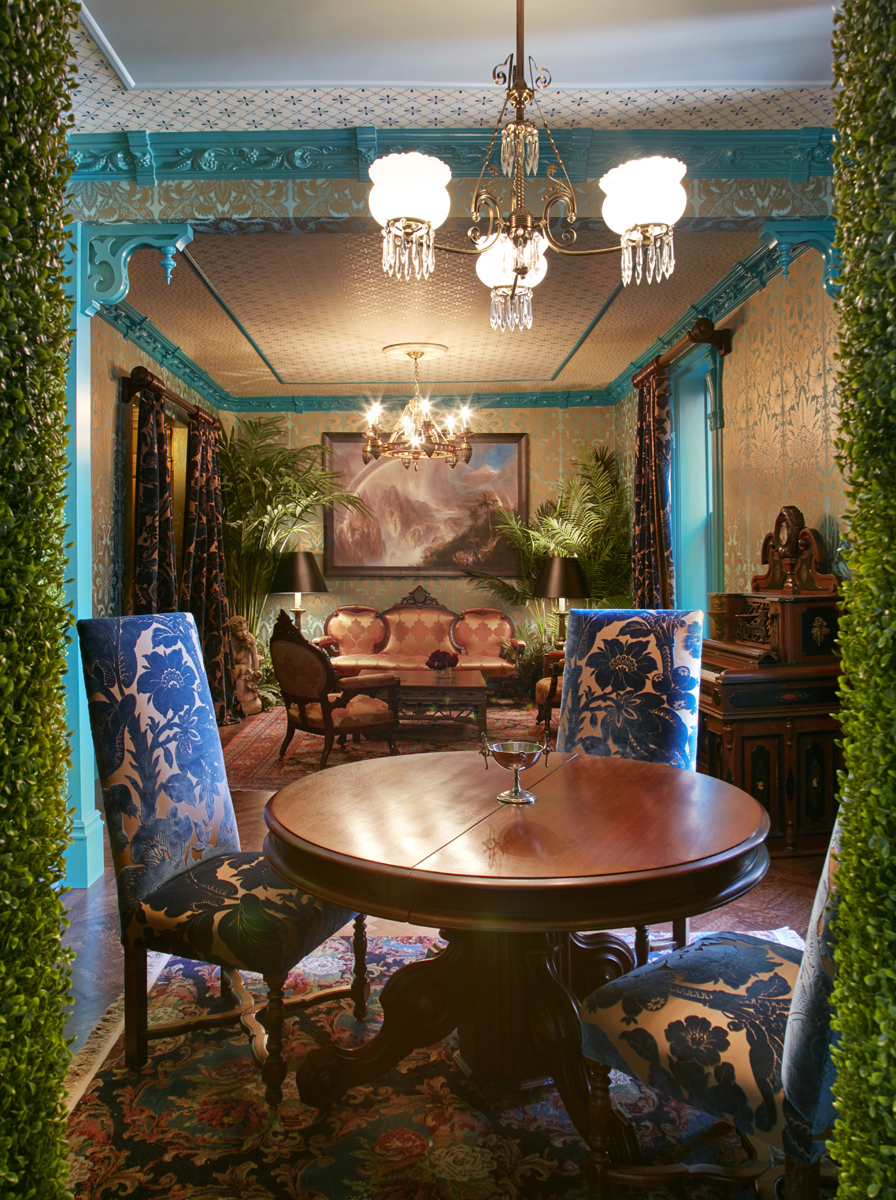 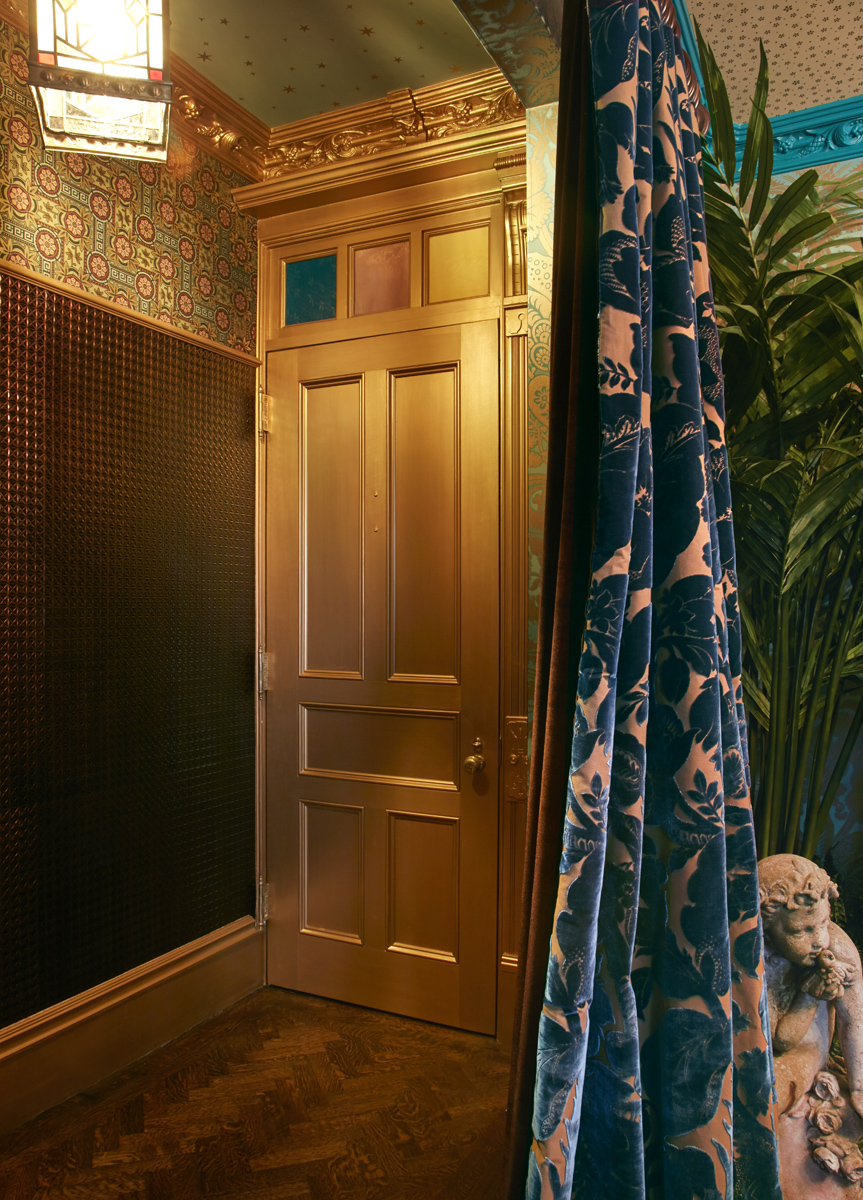 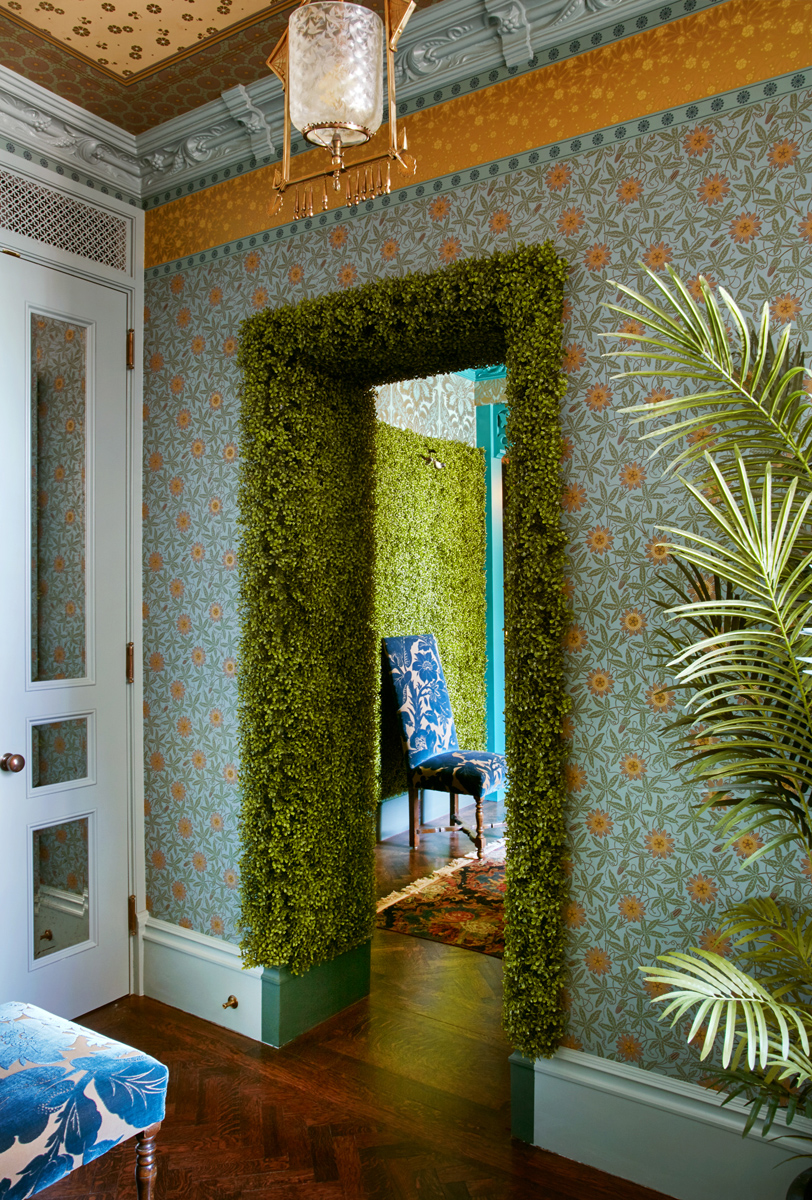 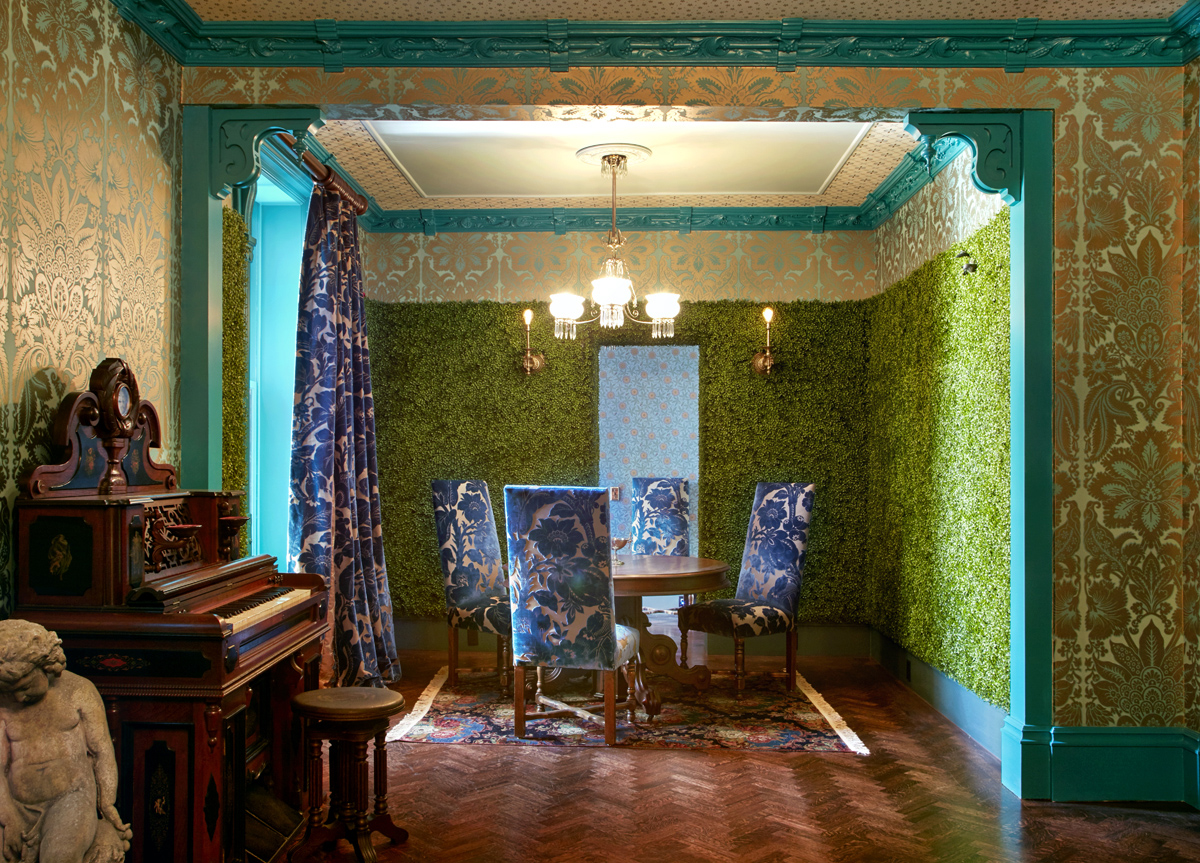 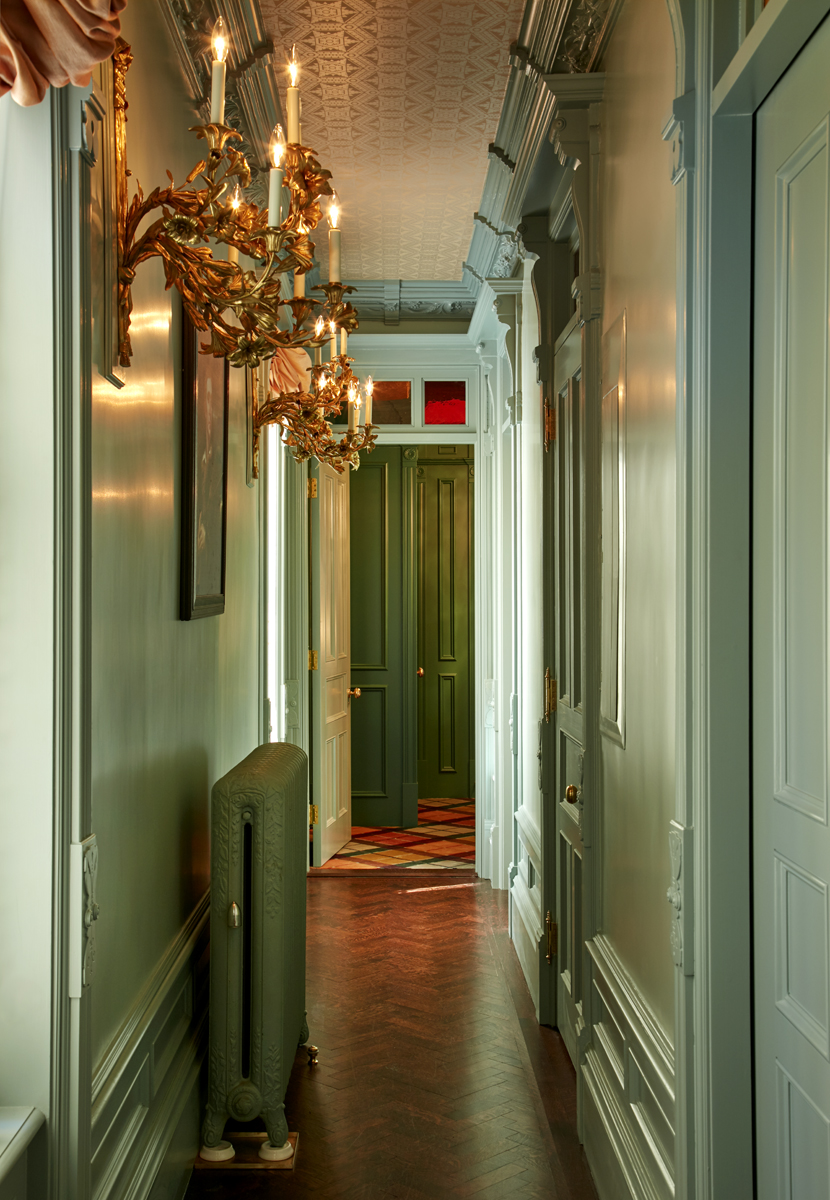 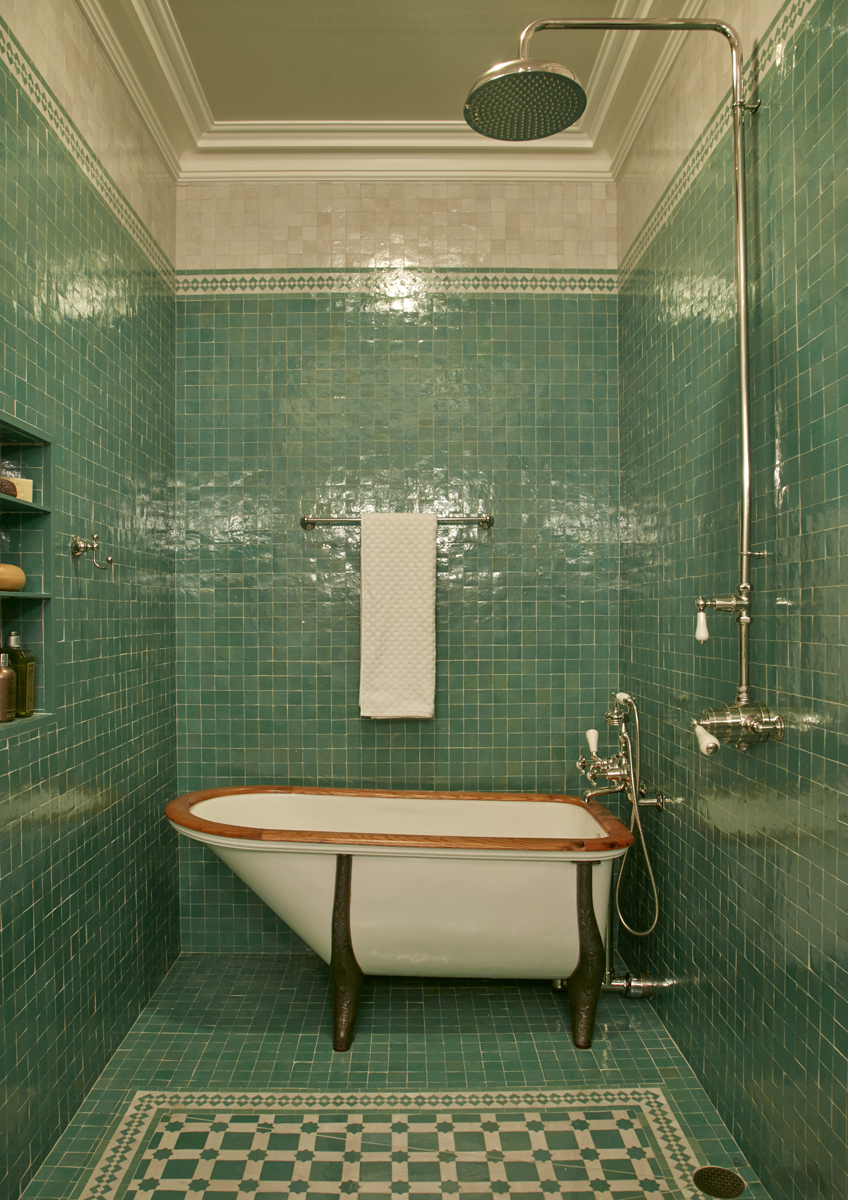 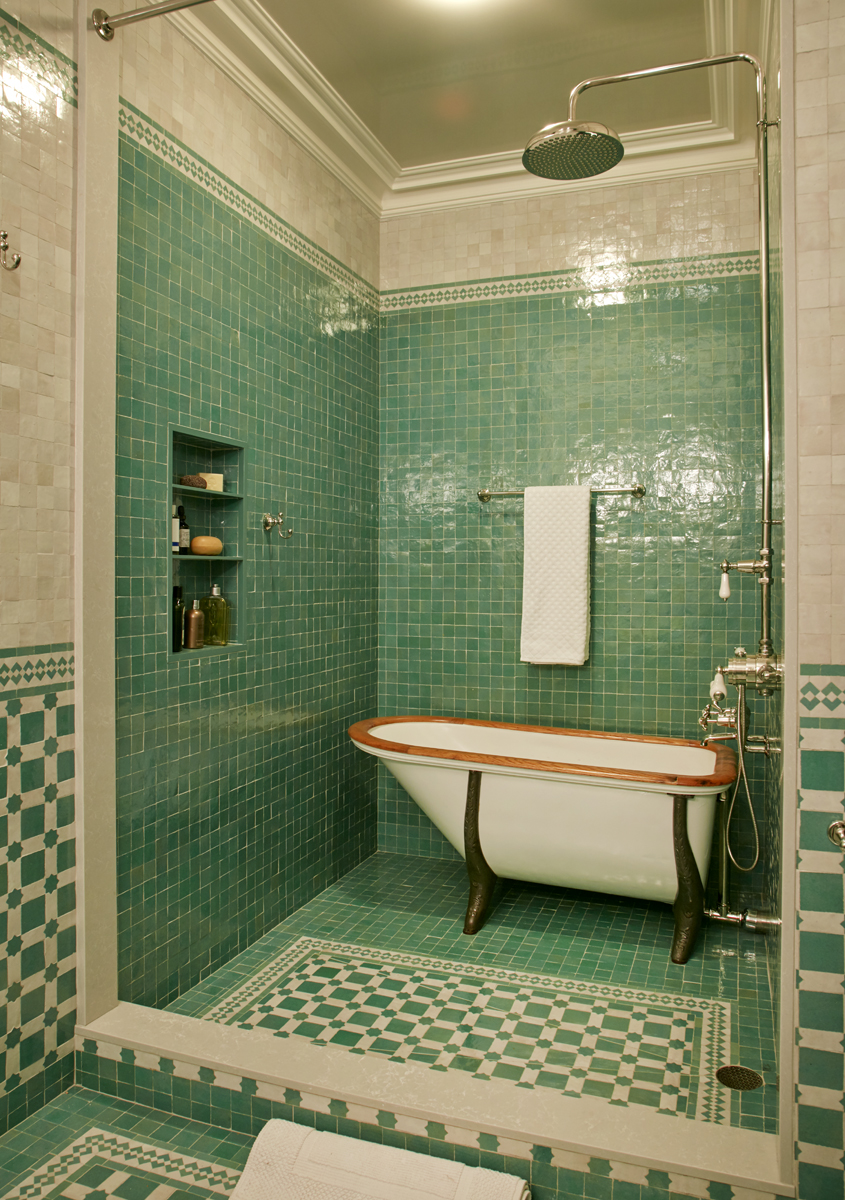 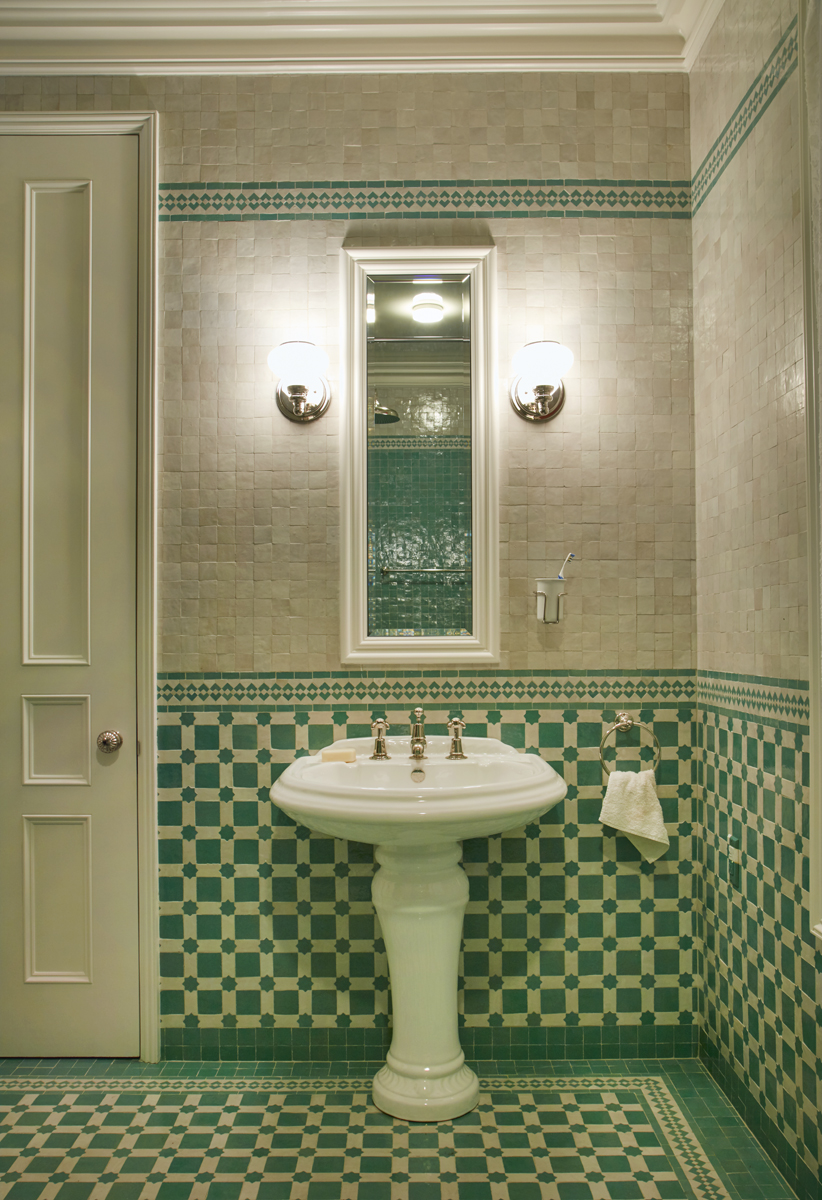 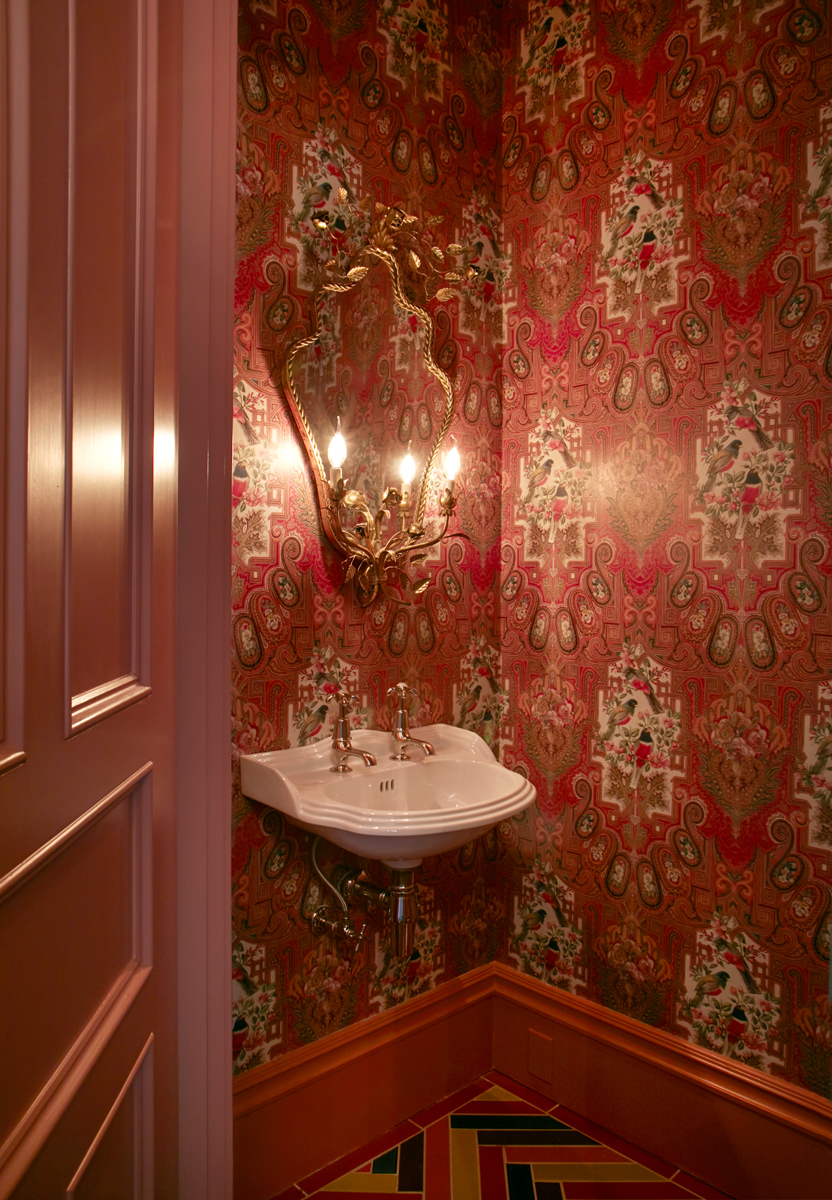 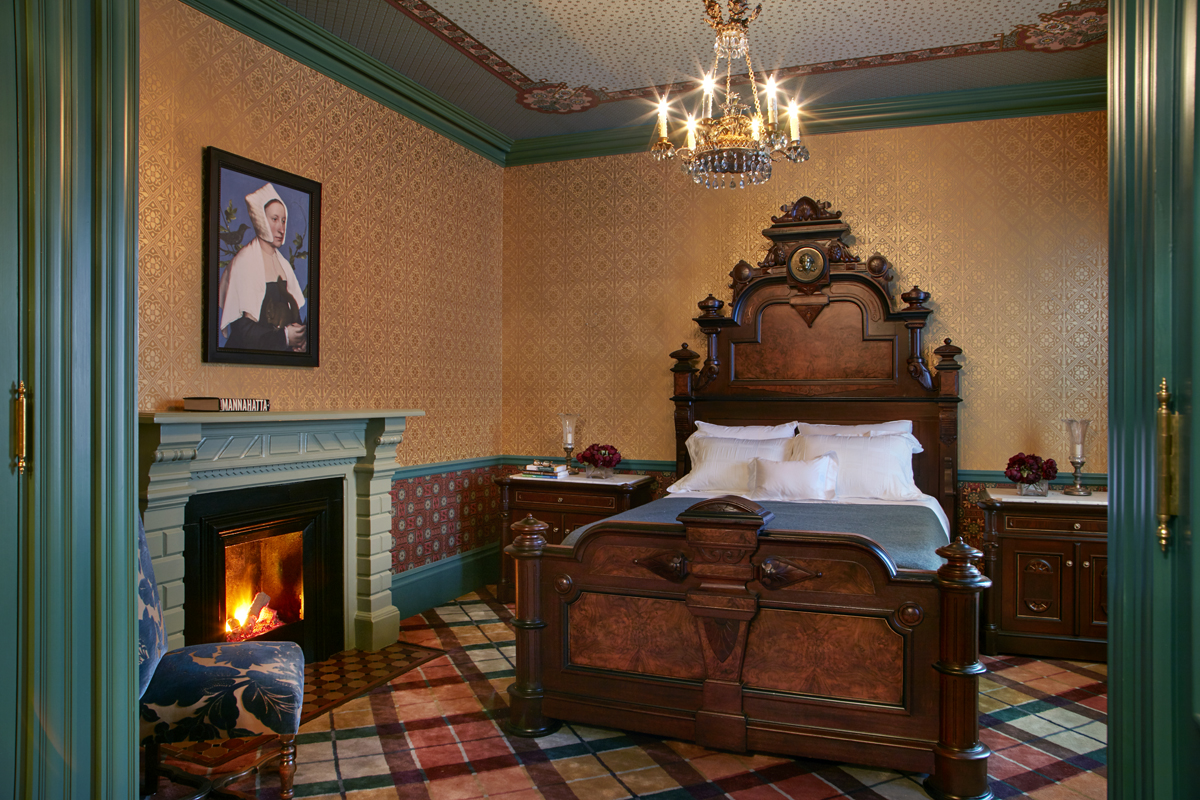 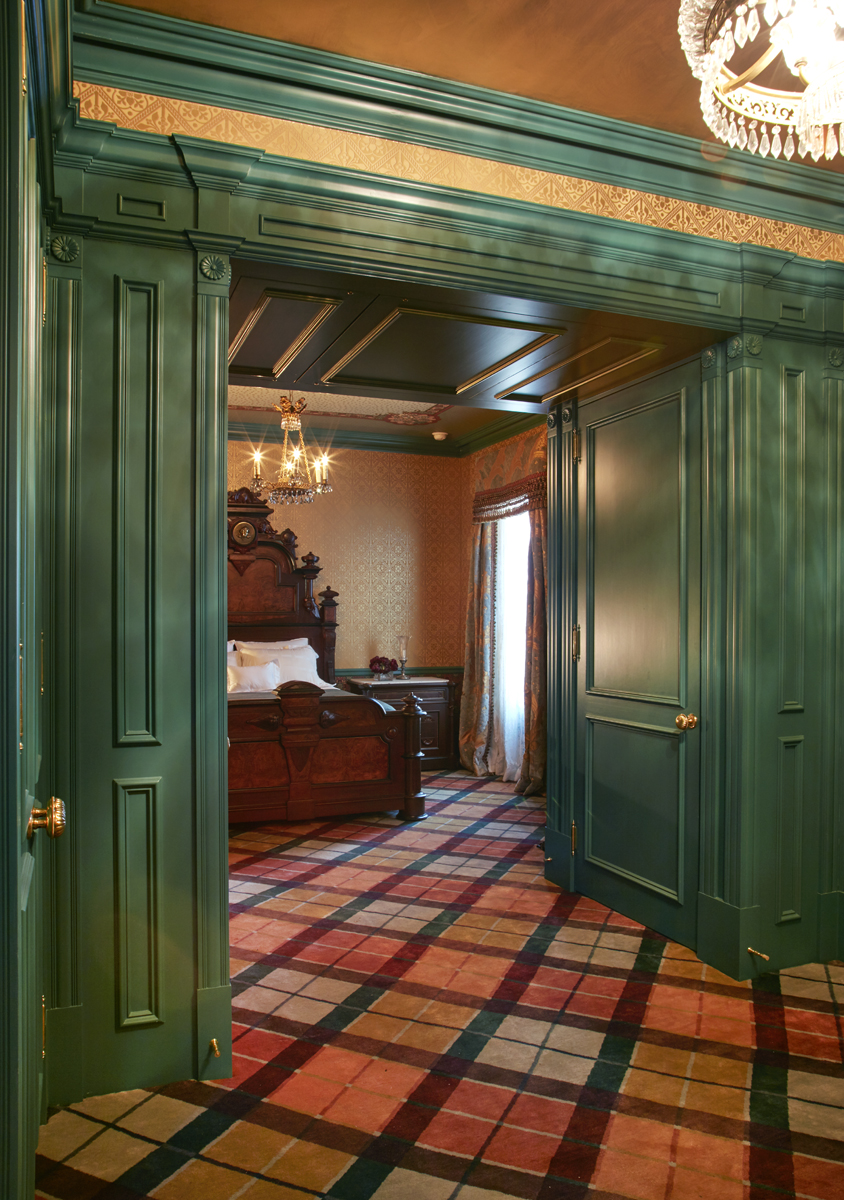 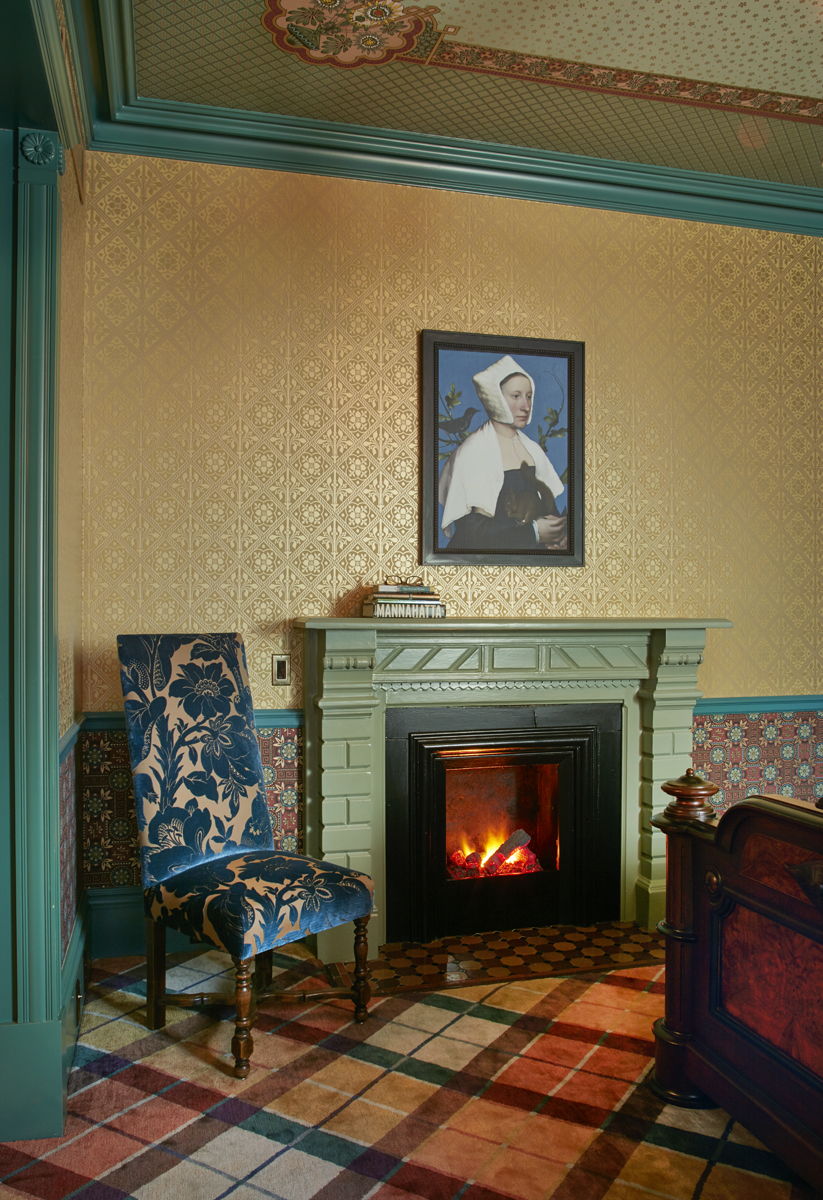 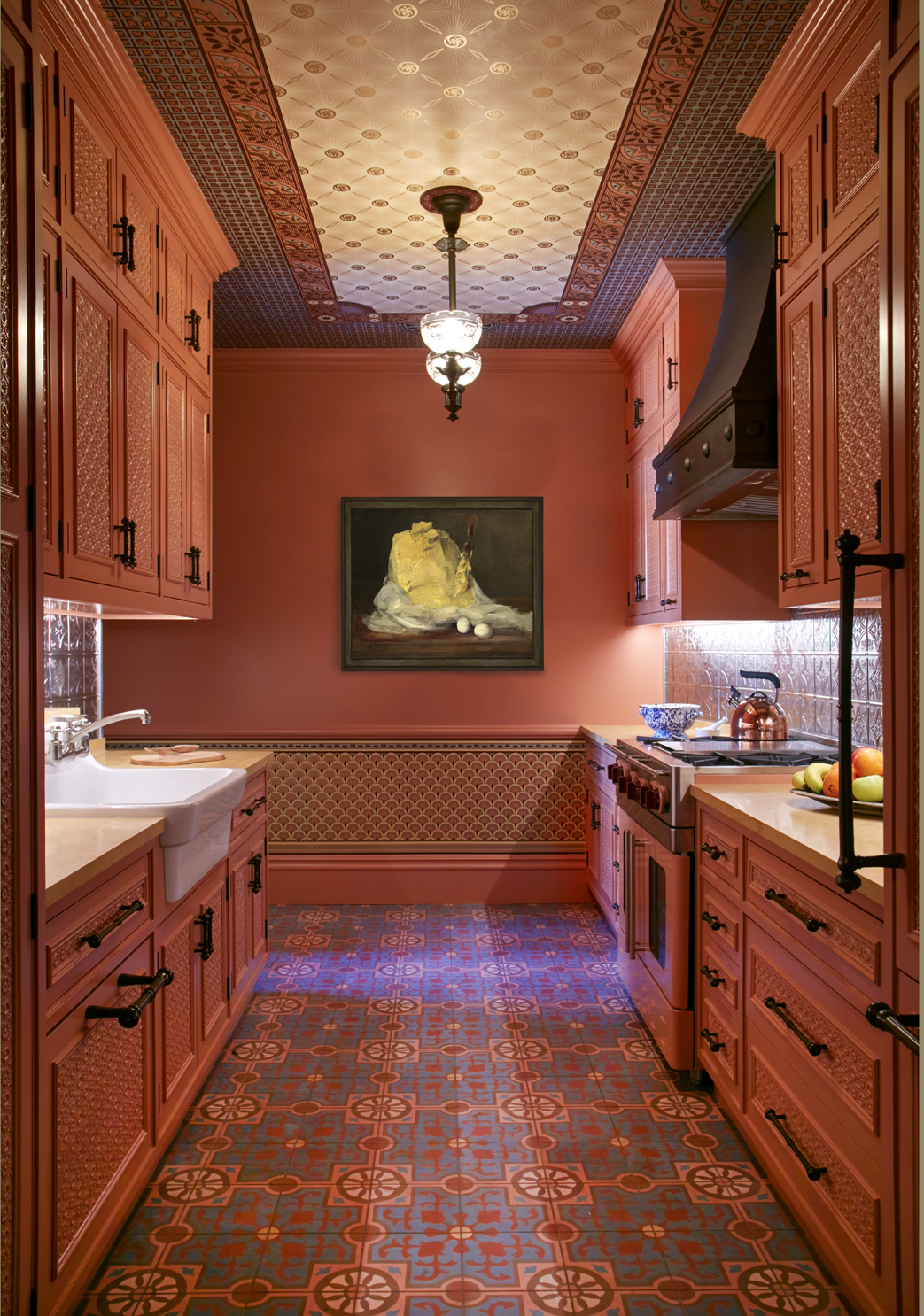