A shingle Dutch Colonial house on Shelter Island, NY was updated to become a refined, contemporary country home for a young family. Prior renovations to the original structure had created a haphazard addition, meant to serve as a separate apartment. This added unit was recognized as both awkward and redundant, especially for a house that was to be occupied by a single family. Thus, we gutted the space to create a lofty kitchen and dining area, complete with large French doors opening to the property’s manicured lawns and pool. Polished concrete floors were poured, and exposed steel structural I-beams were added to naturally draw the eye upwards to the house’s exquisite cedar wood ceiling.

A wet bar now connects the Living Room and Study on the first floor, creating continuation between previously segregated rooms. Upstairs, a Master suite was devised, featuring a Bianco Dolomite shower and vanity. The upper Guest Bathroom was also redesigned, now including a soaking tub and a custom vanity. The neglected landing area between the bedrooms was activated by the addition of a built-in day bed, and new book shelves to display the family’s extensive collection. 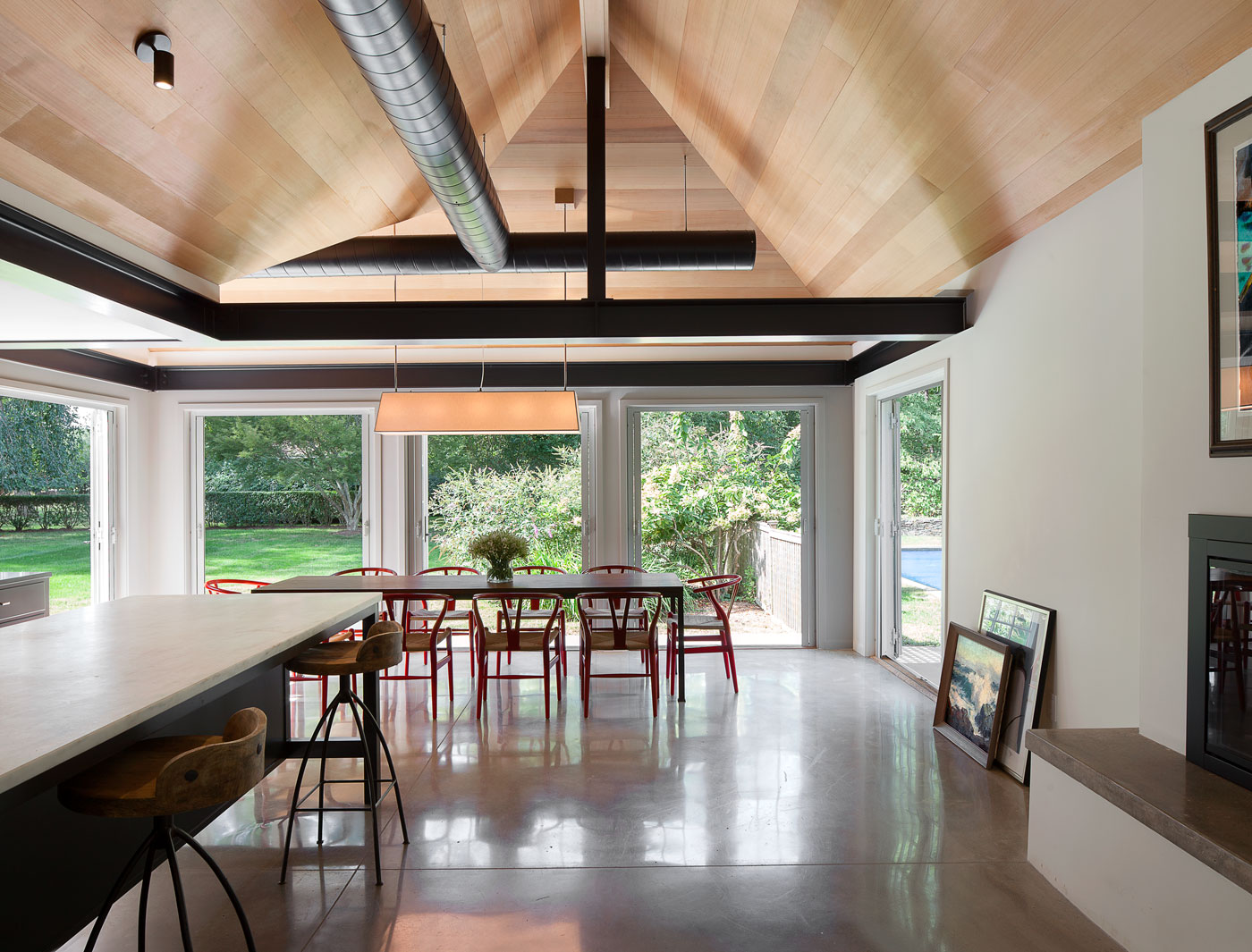 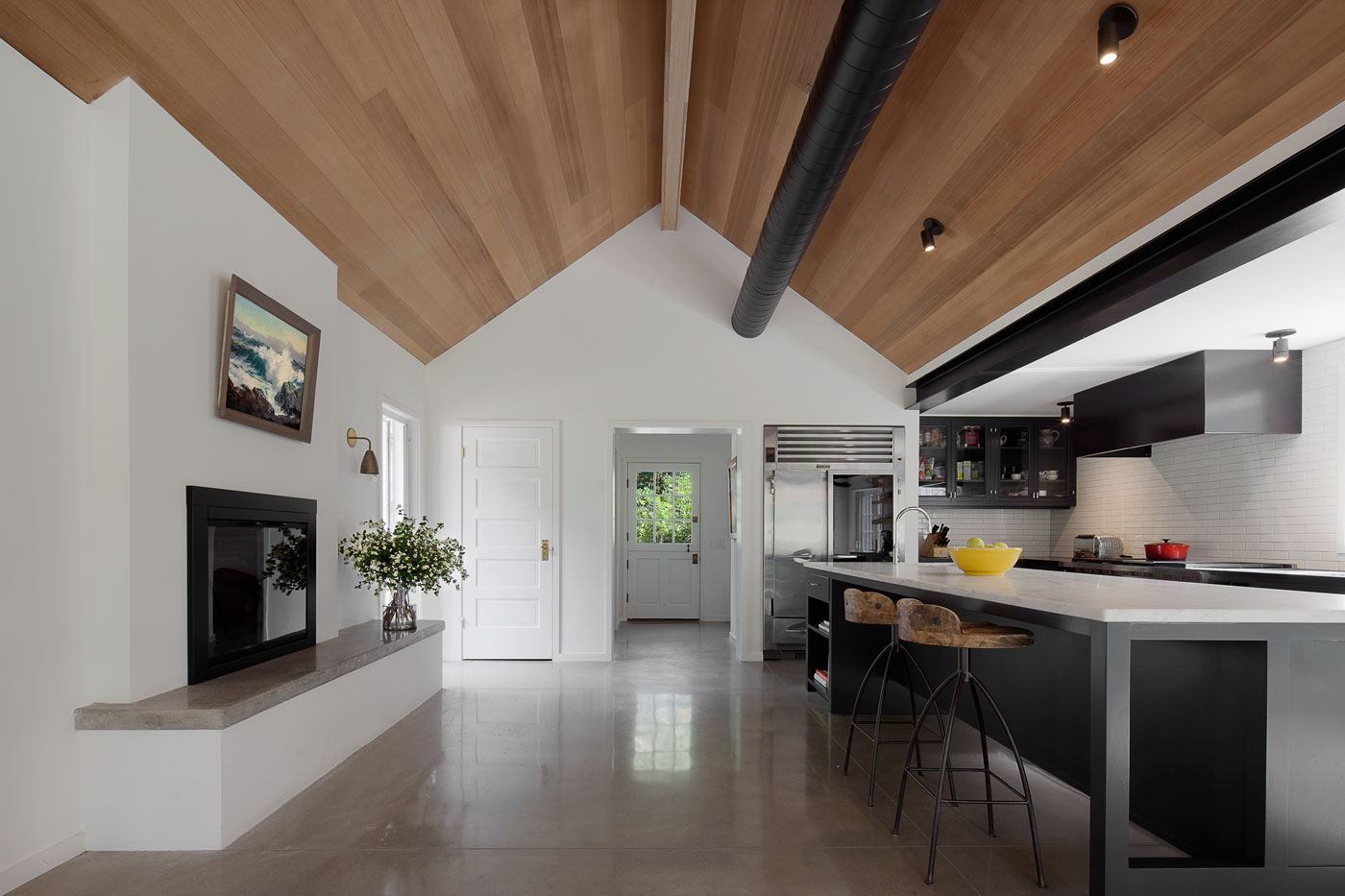 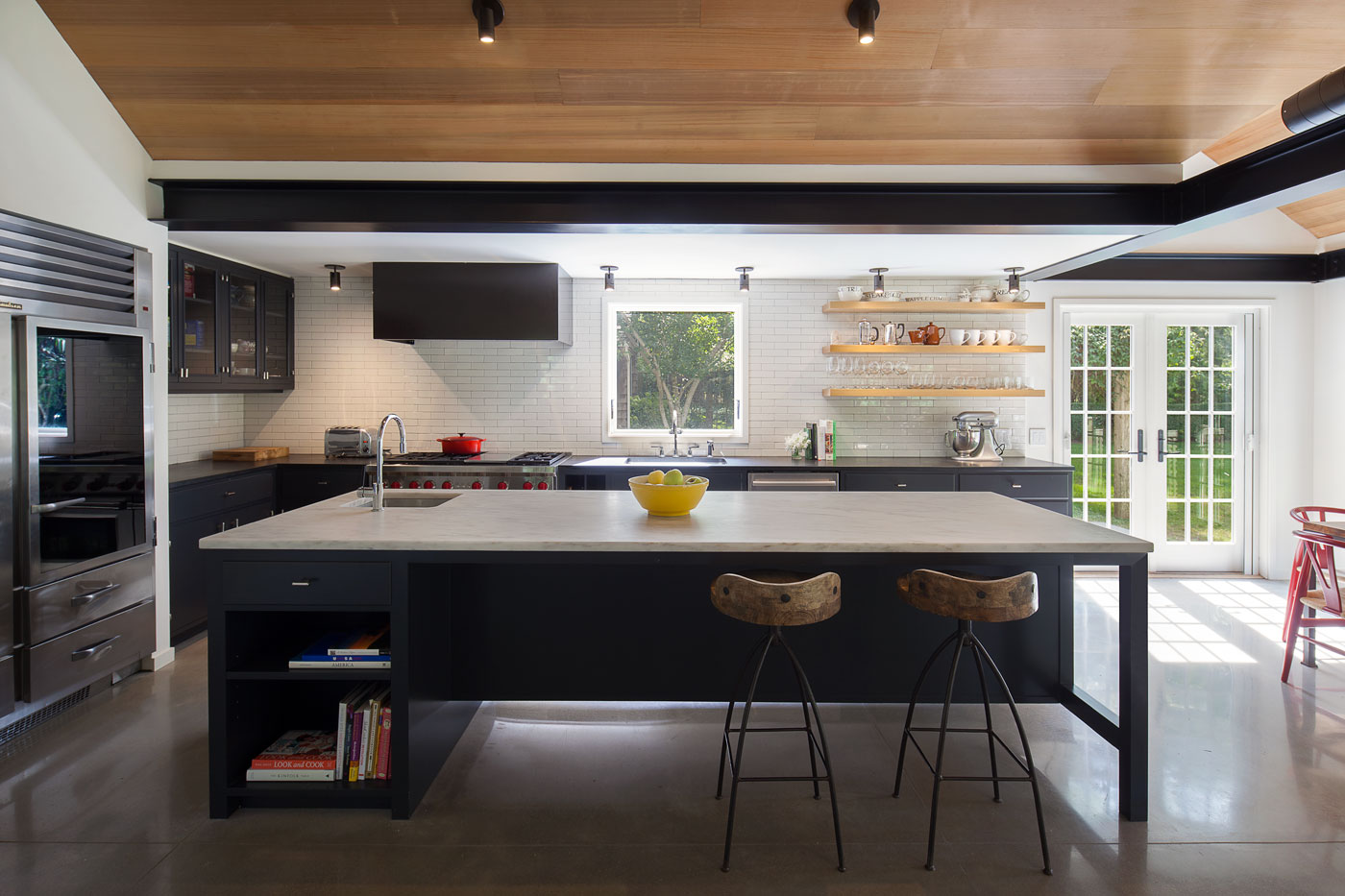 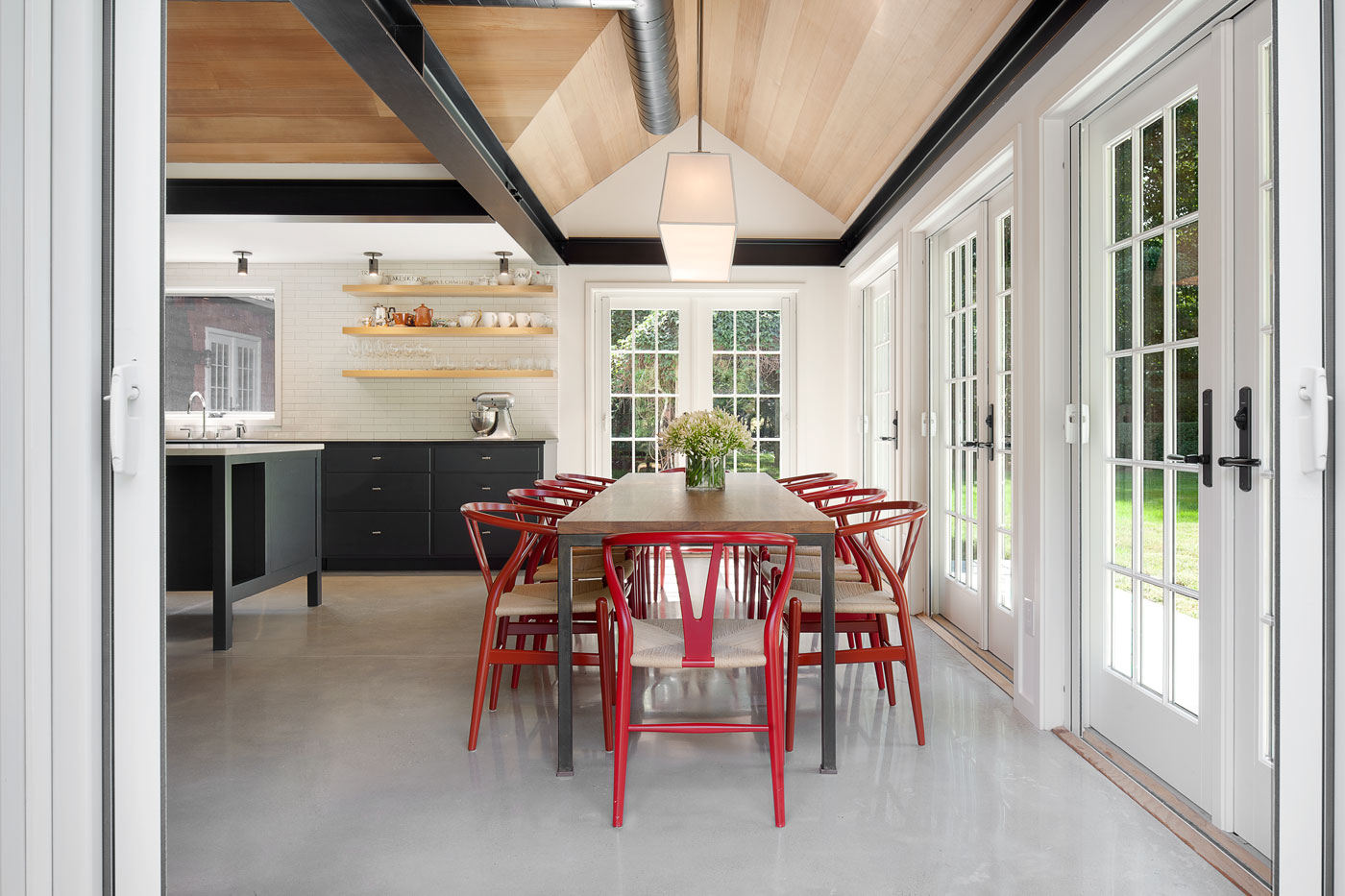 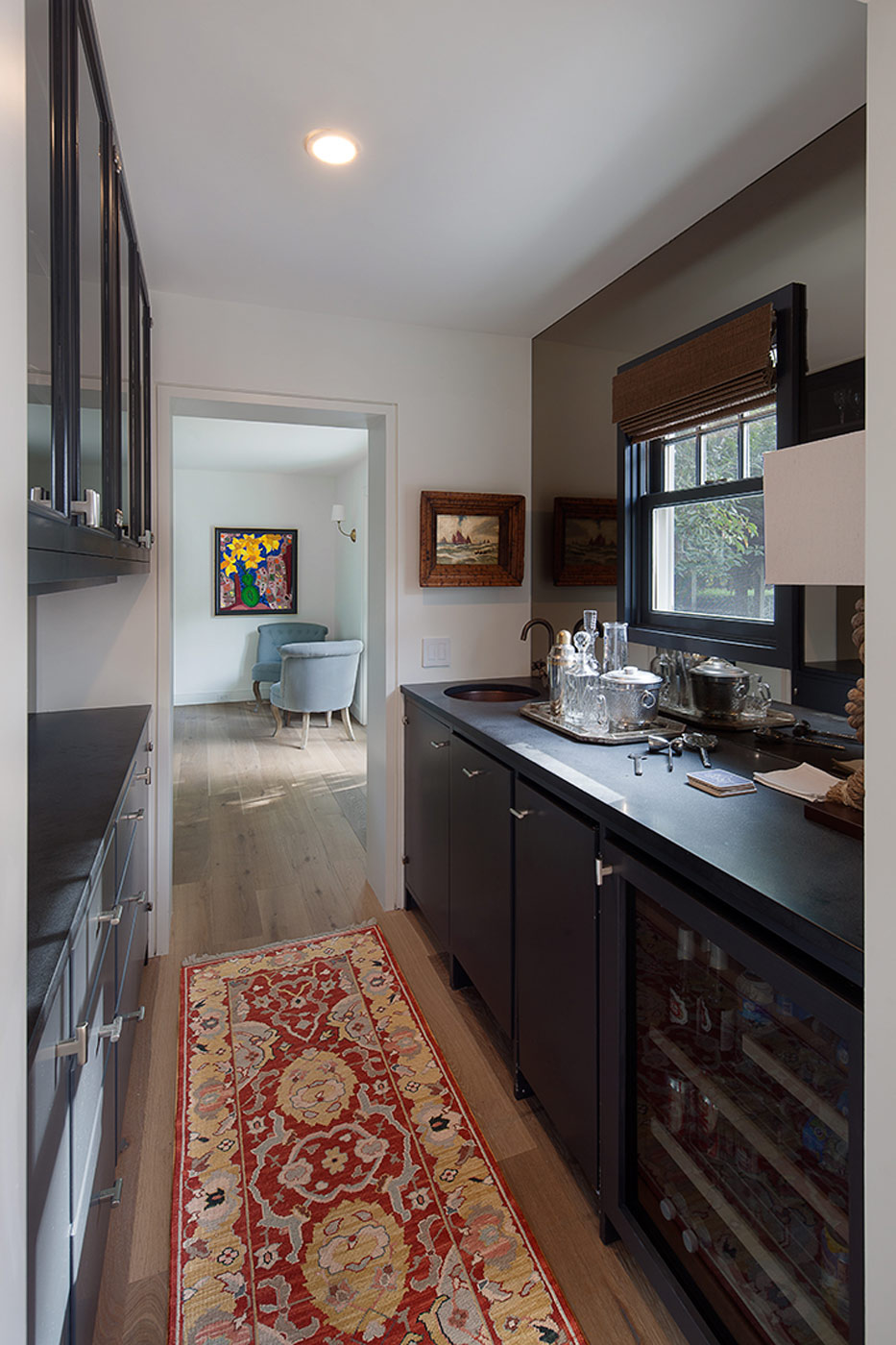 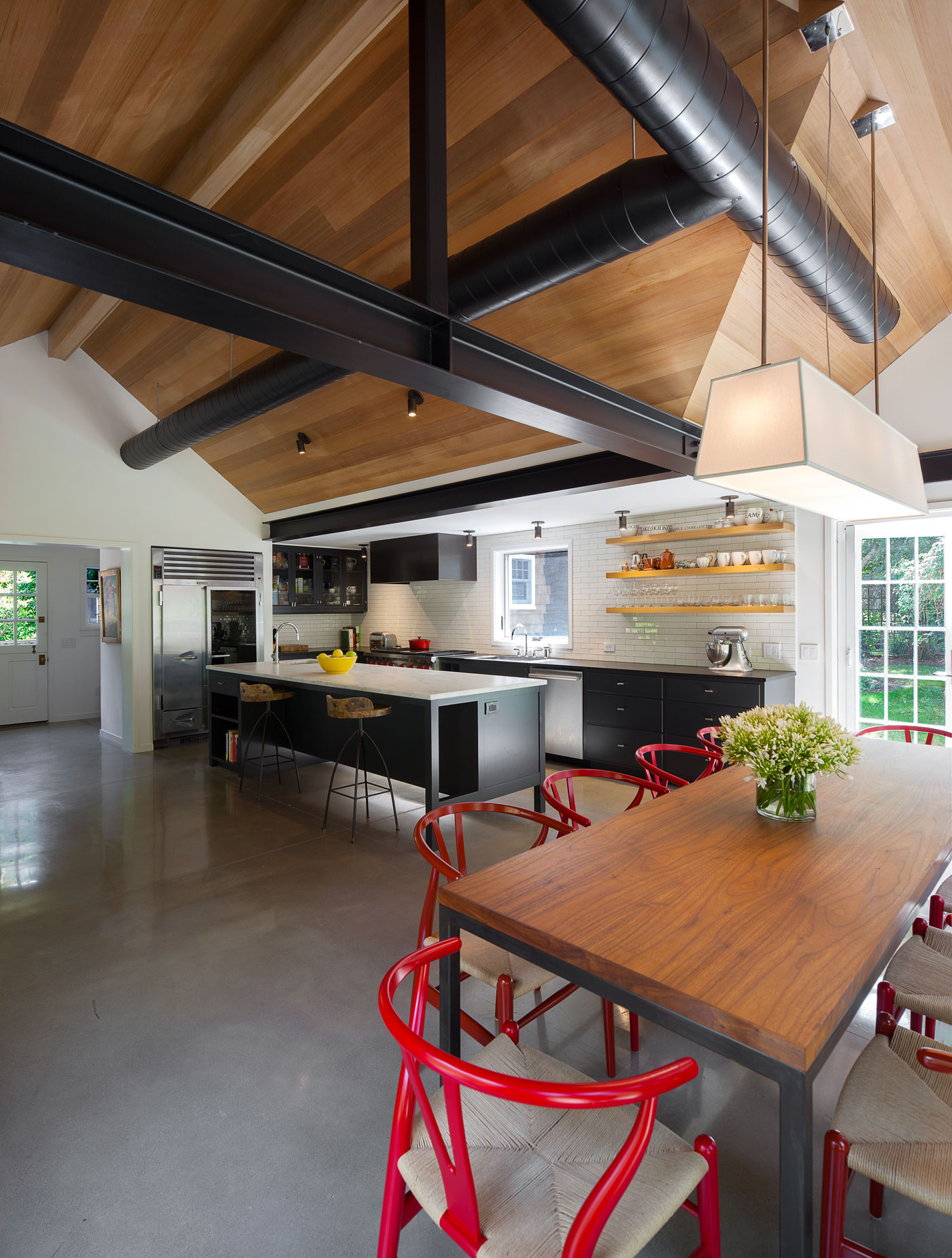 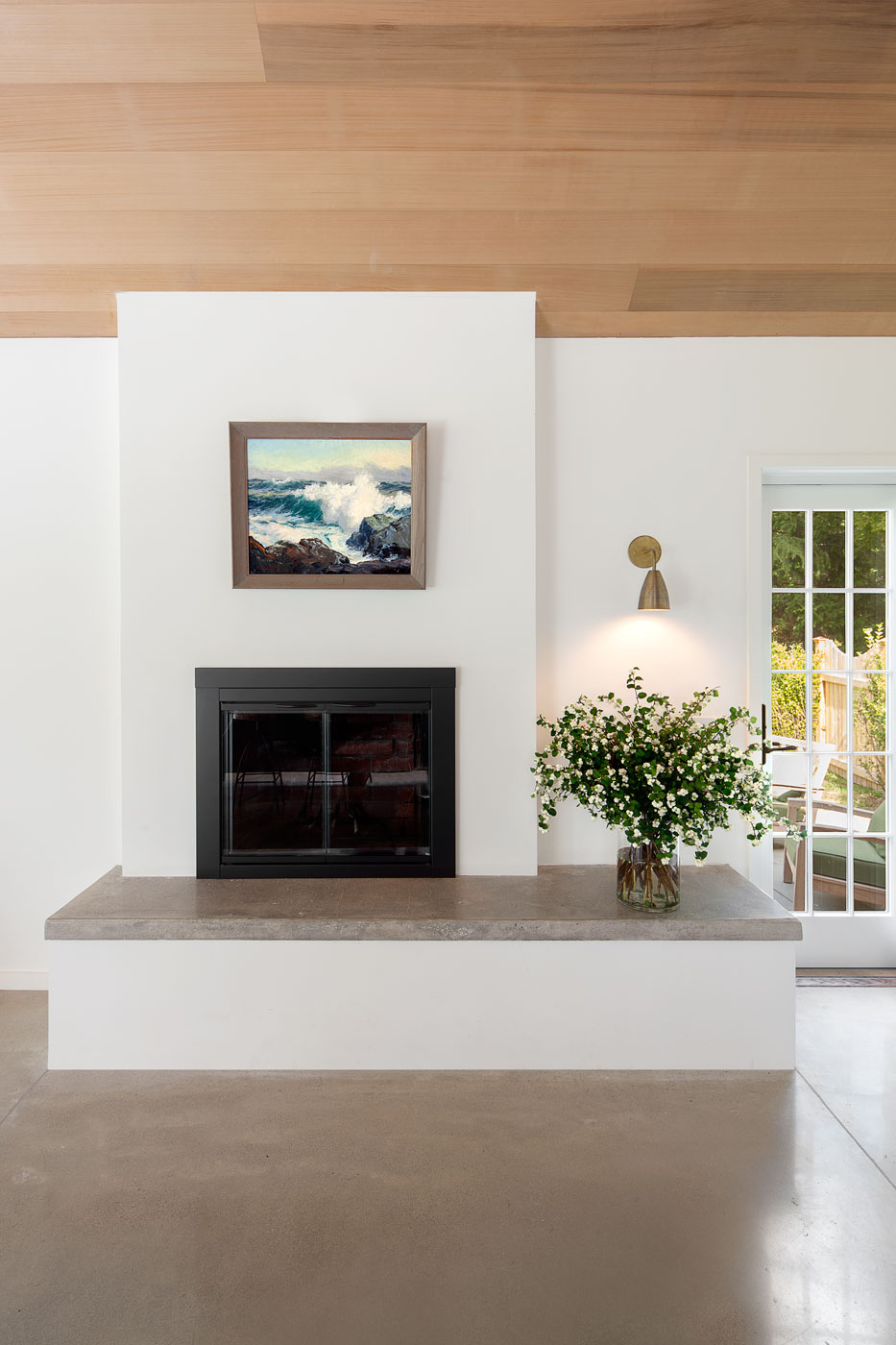 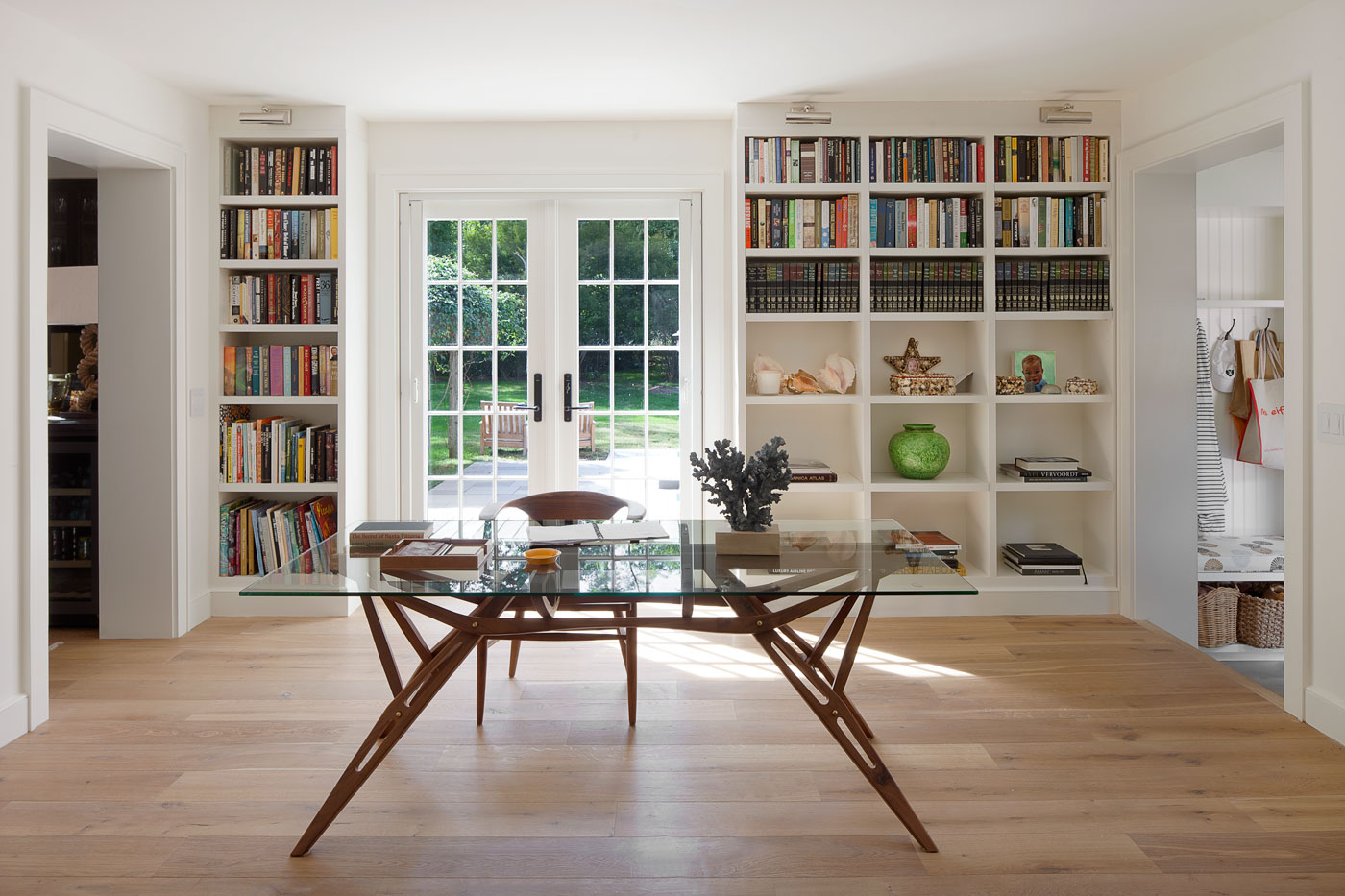 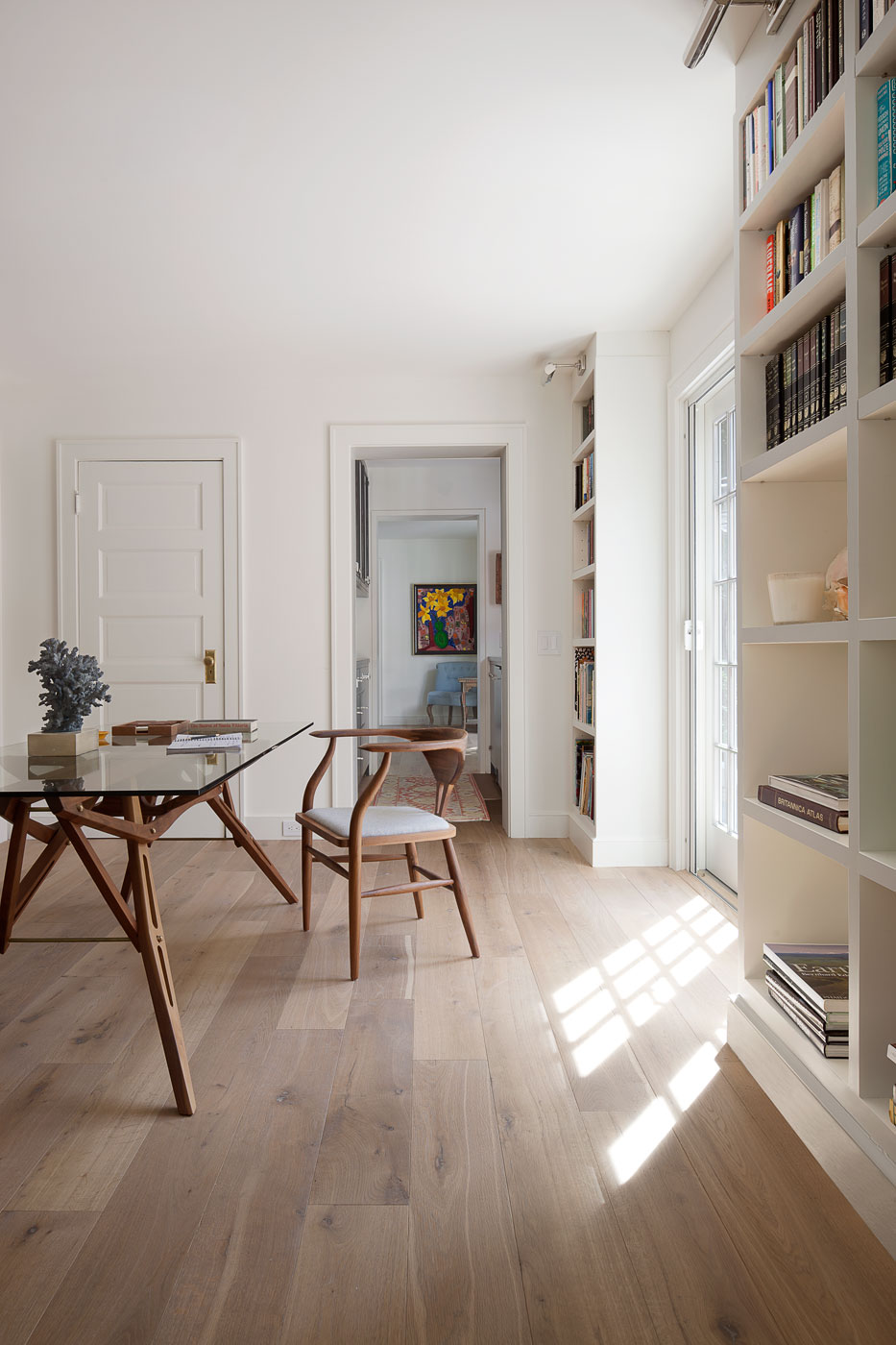 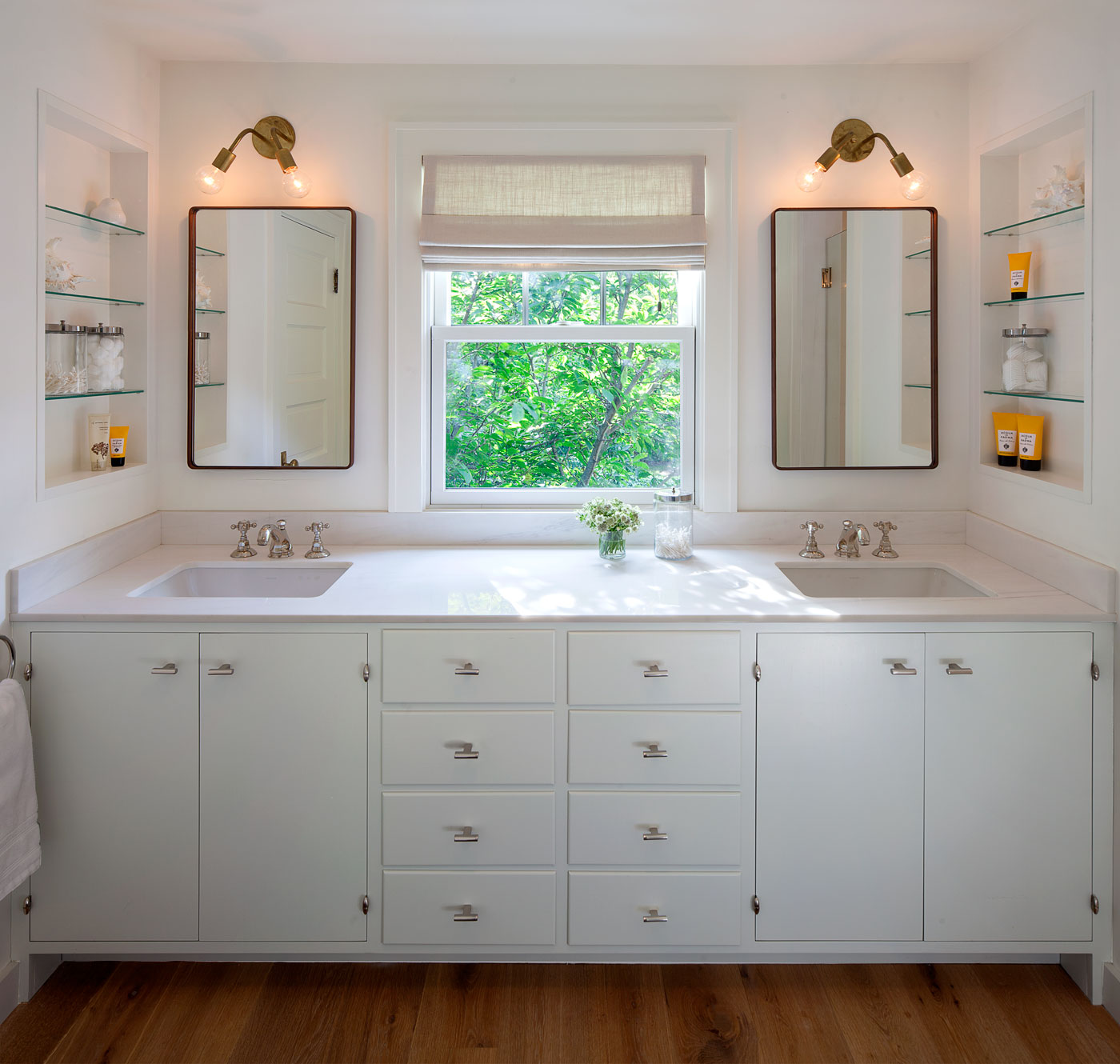 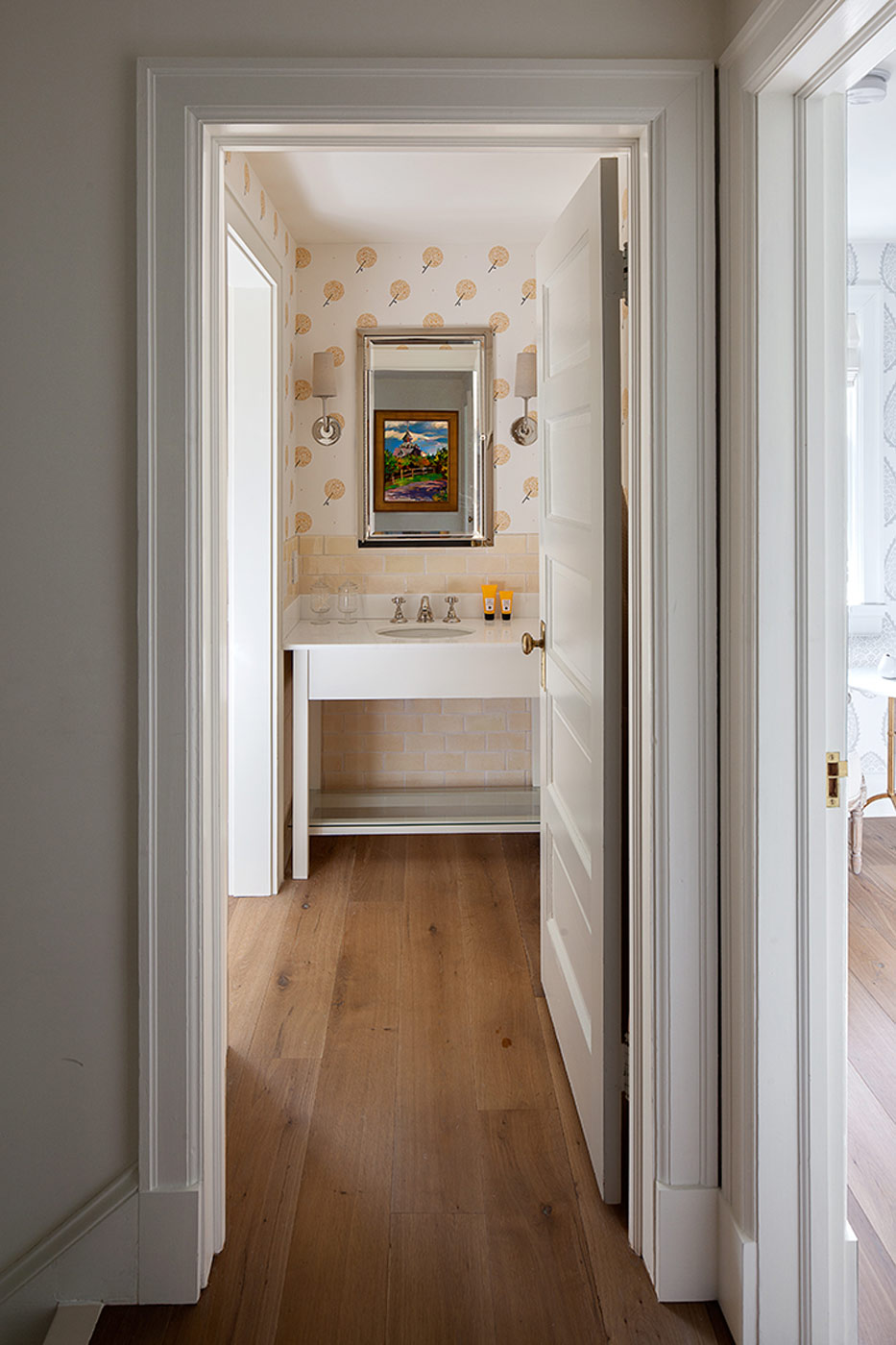 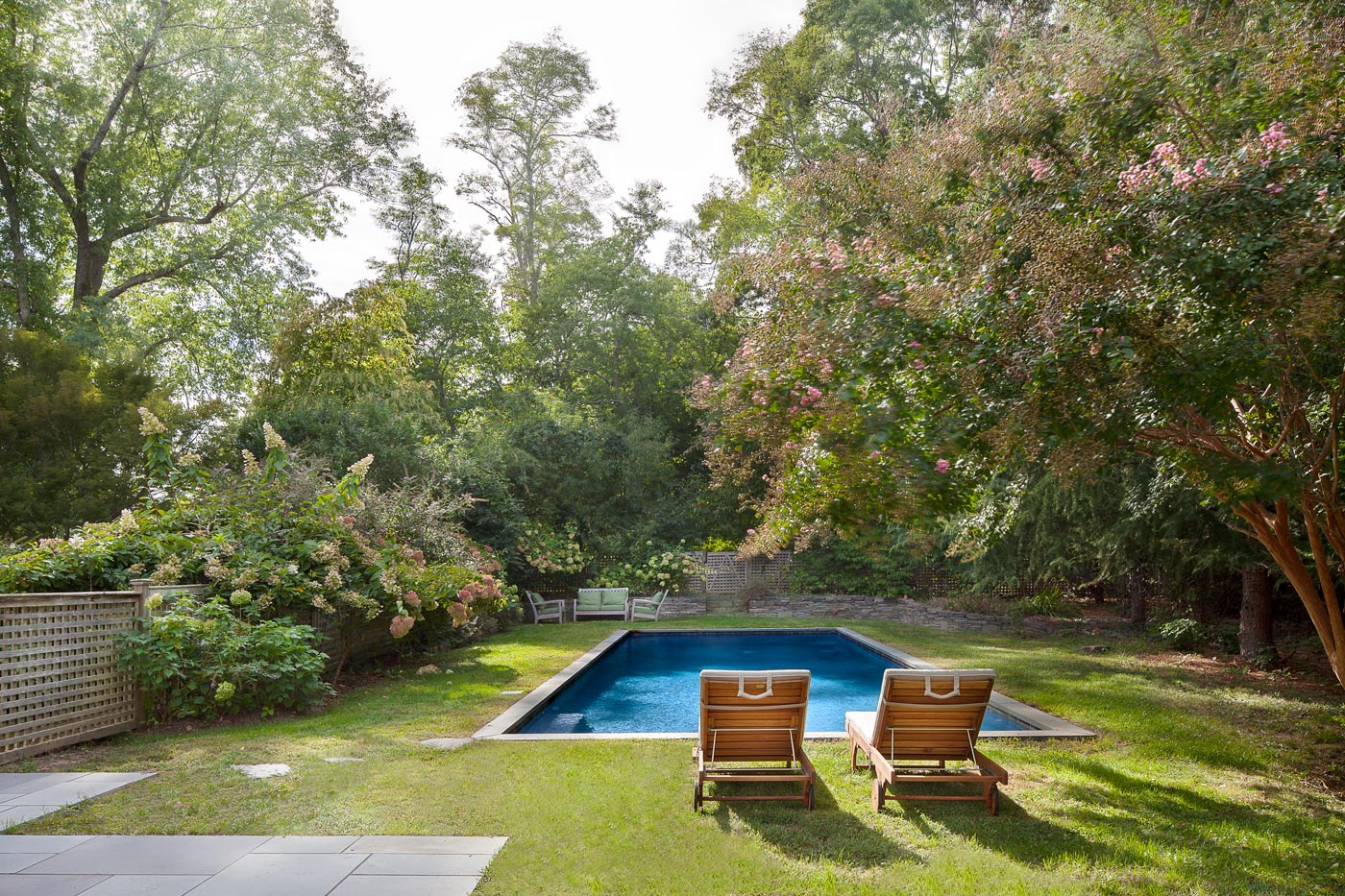 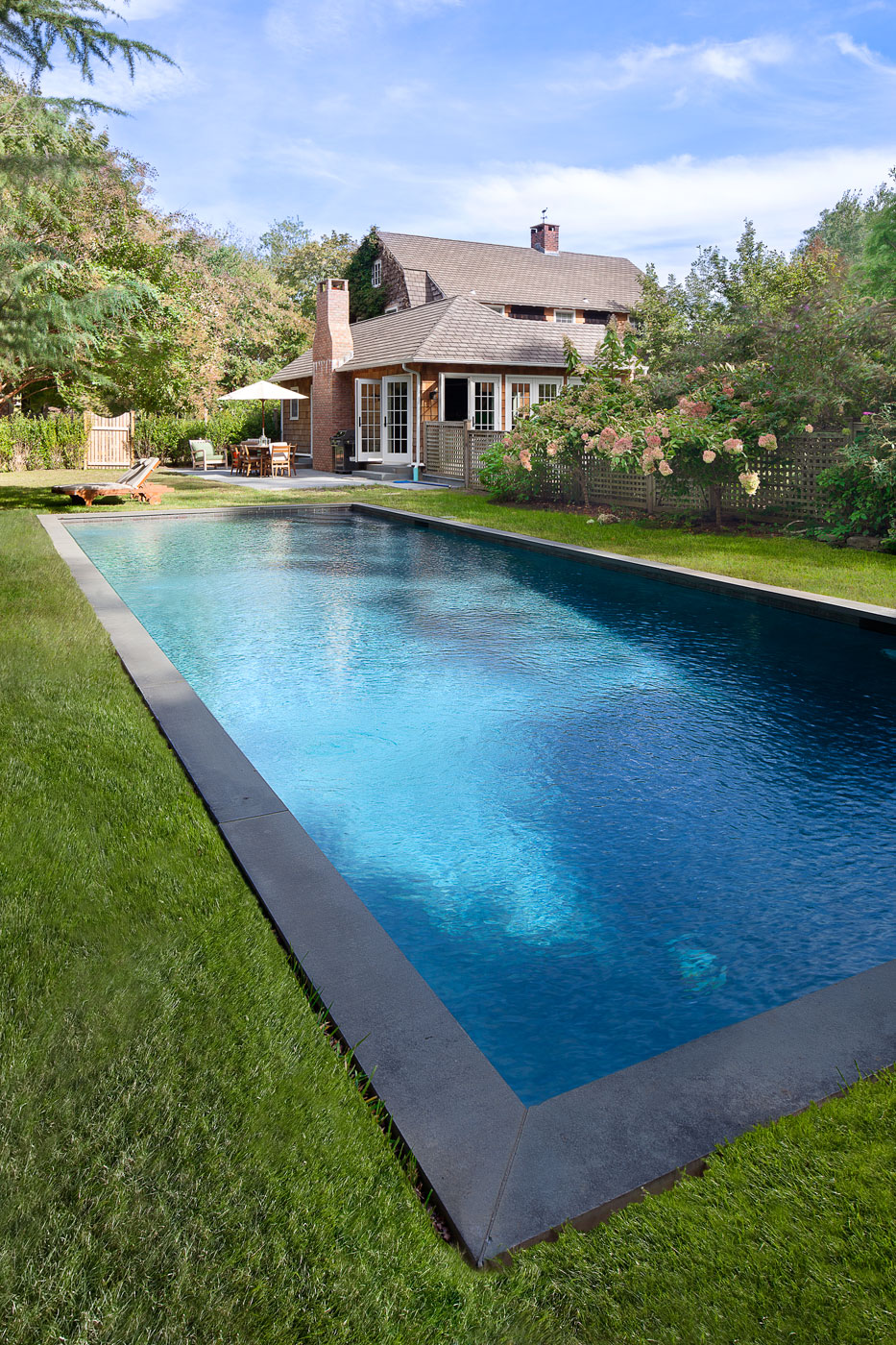